There’s been a growing interest among business owners in the U.S. to start reshoring manufacturing operations in order to strengthen the supply chain in America. It’s no secret that 1,000s of U.S. manufacturers outsource jobs to countries like China to take advantage of cheaper labor costs.

However, due to the ever-changing landscape of manufacturing across the globe (see: COVID-19 and Trump-era tariffs), reshoring is becoming an attractive option for some manufacturers.

If you own a business that outsources production of metal components overseas, is it finally time to reshore? Keep reading to learn this and more about reshoring manufacturing.

If you’re in a hurry, you can skip ahead to a section here:

(Rather read this on your own time? Download a free PDF version via the button below.)

Reshoring is the act of bringing services and manufacturing back to your own country from overseas. The topic and practice has slowly been gaining popularity over the past decade, especially after the disruption in international supply chains that resulted from the COVID-19 pandemic.

Many companies used to default to offshoring their operations because of the financial benefits that came with it, such as cheaper labor and lower production costs. However, as the global economic landscape continues to evolve, so are companies.

Not only is reshoring often an overall cheaper way to do business now, but it also strengthens the U.S. economy by creating manufacturing jobs. This helps reduce unemployment and balance trade deficits.

To fully understand the concept of reshoring, you must also learn about the other types of shoring and what they mean.

When trying to decide which shore to do business on, there’s a lot more to consider than just costs. You have to ask yourself: “Which is actually best for my product?”

But before you can make any considerations toward your decision, it’s vital to understand what all these terms mean. You already know what reshoring is, but what about the other three: offshoring, onshoring, and nearshoring?

Each type of shoring comes with its own pros and cons, and like we mentioned above, shipping costs are only one of the many factors to consider. 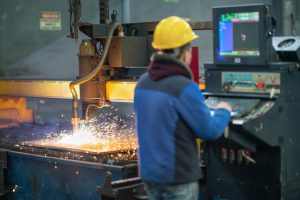 As the global landscape and economy continue to undergo numerous and frequent changes, offshoring is no longer the cheapest or safest option. In fact, there are several reasons you should consider reshoring your manufacturing.

One of the biggest reasons to consider reshoring is world events. Much like the pandemic demonstrated, international trade can QUICKLY begin to crumble in times of crisis. In fact, many American manufacturers experienced issues with their supply chain immediately at the onset of COVID.

By choosing to reshore, you don’t have to worry as much about how your operations will be impacted by world events such as virus outbreaks, economic collapses, resource shortages, and even wars.

Another major reason to consider reshoring is government incentives.

If nothing else, you should at least consider reshoring your manufacturing for the additional benefits you’ll gain from using a local supply chain. Not to mention the consumer trust that is gained when your product is proudly stamped: “Made in the U.S.A.”

Now that you have a better understanding of shoring and the different options available, it’s time to look at the cons of offshoring.

Just like design decisions and material options, reshoring and offshoring both have their pros and cons. Here are some of the most important cons to know about offshoring:

Convinced now? If so, you’ll need to know how to choose an American manufacturer who will reshore your product, and how they can help you bring back your sourcing as well. 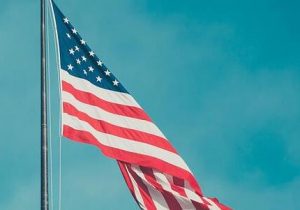 Sourcing is a basic tool in supply chain management. Often, a business will outsource a process to a foregin supplier to get the best deal financially. However, the quality of the product typically suffers.

There are three kinds of sourcing: insourcing, outsourcing, and near-sourcing.

Understanding the three kinds of sourcing will help you fully understand the concept of reshoring. Shoring and sourcing go hand-in-hand, and you’ll find that the definitions are fairly similar as well.

Insourcing is the practice of using a company’s own resources to accomplish a task that was being outsourced prior.

Outsourcing is when you obtain goods or services from a foreign supplier in order to lower production costs.

Near-sourcing is when a business places operations close to their own location.

Shoring and sourcing are dependent on one another. If something goes wrong on either side, you’ll begin to feel the repercussions fairly quickly.

As a result, it’s often much easier to simply consolidate all of your jobs and processes onto one shore. Many major companies have been doing this over the past decade, with hundreds more currently in the process of reshoring.

Over the past decade, many major companies have been reshoring American manufacturing as a result of increasing shipping and lead times in their offshoring operations.

In 2017, Ford decided to cancel a $1.6 billion expansion of its production facility in Mexico. Instead, Ford opted to spend $700 million on expanding its facility in Flat Rock, Michigan. This move created 700 new jobs in the U.S.

Ford has made several other reshoring efforts. Between facilities located in Indiana, Illinois, Ohio, and New York, it has created around 4,200 new jobs in the U.S. via reshoring alone.

Since 2010, General Electric has made domestic capital investments to create more jobs in the U.S. manufacturing workforce.

The majority of GE’s reshoring efforts have been placed in Louisville, Kentucky, and it’s shifted the production of bottom-mounted fridges and front-load washing machines from China and Mexico to the U.S.

Back in January 2018, Apple announced its plan to invest more than $30 billion in capital expenditures in the U.S. by 2023. Part of Apple’s investment is to invest in U.S. manufacturing companies and promote the domestic manufacturing sector.

All in all, Apple’s move will create over 20,000 new jobs in the U.S. Its plan was unveiled after receiving criticism for outsourcing manufacturing jobs to China.

The Reshoring Initiative has reported that the construction equipment manufacturer Caterpillar announced reshoring projects for facilities in Georgia, Illinois, Indiana, and Texas. These projects include the addition of roughly 2,100 U.S. manufacturing jobs.

In August 2015, Caterpillar began shifting production of its hydraulic excavators from Japan back to the U.S.

Over the past decade, Whirlpool has been consolidating its overseas operations within the U.S., adding an estimated 2,165 domestic manufacturing jobs. In 2018, it announced an additional 200 full-time employees were being added to its Clyde, Ohio, facility. 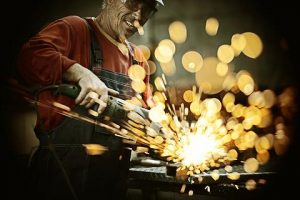 There are many factors to consider when you’re thinking about reshoring your metal manufacturing. Obviously, you want to consider standard factors such as the manufacturing company’s experience, lead times, and capabilities, but there’s one factor that’s most important: Location.

The location of your manufacturer plays a huge role in your overall production costs. It affects your shipping expenses, lead times, accessibility, and other supply chain partners. If you manage to make an educated decision and decide on a manufacturer close to where you operate and sell your product, then you’ll save a lot of time and money.

And if you’re someone who has a deep passion for the product you make or service you provide, then you’ll also want to understand how American manufacturing helps reduce your supply chain risk.

If you’ve been outsourcing your manufacturing overseas, you’re at higher risk of supply chain disruption. By choosing an American supplier, you can dramatically reduce these supply chain risks.

Obviously, there’s always going to be risk involved when it comes to the supply chain, but by choosing an American metal manufacturer, you can mitigate:

By choosing to conduct operations on your own shore, you can minimize the impact and likelihood that these risks will affect your company.

However, it’s always best practice to have a plan in place in case you do experience supply chain disruptions.

It’s impossible to eliminate all supply chain risks — it’s simply outside of your power and is a natural part of manufacturing. However, there are some steps you can take to better prepare yourself for the possibility of running into supply chain disruptions.

1. The first, most important step is to create a plan for managing the problem. By doing this, you’ll already know what your next move is when you run into the problem, rather than scrambling for answers when the time comes unexpectedly.

2. Expect the unexpected. By this, we mean to mentally prepare for an interruption in the supply chain because they happen to everyone sooner or later. Keep a level head and don’t let it take you by surprise.

3. Implement preventative measures by consolidating your loose ends, inspecting your metal manufacturing supplier’s facilities, and understanding its risk management practices. This will help you get an overhead view of any problem when it occurs.

5. Conduct risk assessments periodically. By doing this, you could identify an overlooked issue that could weaken your production efficiency.

If you’re still on the fence about choosing an American manufacturer, then maybe a few fun reshoring facts would help you make up your mind.